Inspired by the Democratic National Convention – perhaps you’ve heard that it’s in town this week? – we’ve compiled a list of nine recurring events to consider (and potentially avoid) when planning a Philadelphia wedding. Major events often mean limited hotel availability and inflated rates, road closures, traffic jams, and the like. 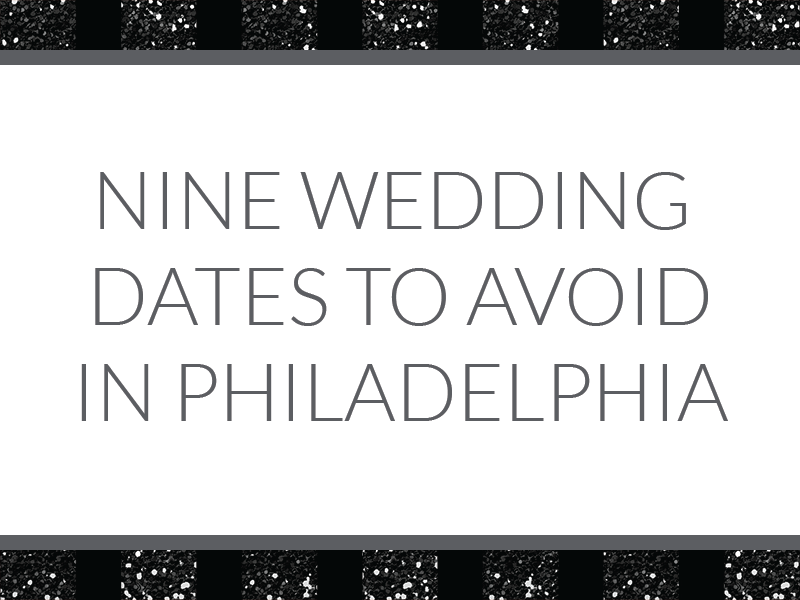 If you haven’t already read through our tips for choosing your wedding date, you can do so here!

New Year’s Day is not a good choice for weddings, no matter where you’re having one (how excited would you be to wake up that morning and know you have a wedding to attend? New Year’s Eve, however, warrants a future post). This is especially true in Philadelphia, where the day is marked with the long-standing Mummers Parade.

The ceremony venue-scouting visit S and I scheduled in 2015 happened to coincide exactly with the flower show, which we realized as soon as we got to the SEPTA station. While the influx of visitors may include more locals (and thus hotels might not be as problematic), be ready for huge crowds on the trains and around the Convention Center.

The 2017 show is currently scheduled for March 11-19; check out the website here.

Of particular interest if your venue is near the Penn campus, but watch for hotel availability, generally – the Penn Relays have drawn more than 100,000 spectators for the race weekend.

The 10-mile race has drawn more than 40,000 participants, plus, of course, spectators.

Perhaps the most well known race is the Dad Vail, typically held in May, but you may want to check for traffic / road closure alerts around other major races, as well. The Boathouse Row website has a calendar, though it currently only includes the 2016 dates.

Philadelphia is an amazing place to celebrate the 4th, in our completely unbiased opinion, but may be a little crazy for weddings. Although – Steph attended a wedding at the Atrium at the Curtis Center over the July 4th weekend this year and reported that neither traffic nor road closures were out of the ordinary. Still, we’d suggest being mindful not just of the 4th but the festival schedule in the days leading up to the 4th (which you’ll find on their website).

This year will be the fifth for Jay-Z’s Made in America music festival on the Parkway. Last year, the mayor’s office announced that more than 130,000 visitors attended the two-day event.

The annual Marathon begins and ends at the Art Museum. It’s one of the largest in the United States, with close to 100,000 people running, working, or attending.

While Philly was historically the main host for Army-Navy, the city has been rotating with Baltimore and DC for the past several years. It’s presently held on the second Saturday of the month, but that may change in the future.

When searching for room blocks, I was initially told by one hotel that they wouldn’t have anything, as it was Army-Navy weekend, to which my reaction was something measured, like “nonononono no no I’m sure it’s not I CHECKED I SWEAR.” I was mostly right, as the game is in Baltimore this year, but will be back in Philly for 2017 (December 9th).

Major events may be announced with relatively short lead times (i.e. once you’ve already booked venues and vendors); there’s no reason to worry about what you can’t control!

Remember all of the couples scrambling for a Plan B when Pope Francis announced his September 2015 visit to Philly? That was unfortunate, but also largely unavoidable.

Smart wedding planning is just about being mindful of recurring events (as well as federal and religious holidays), and knowing there are always solutions if something does go awry.

Have wedding date-related questions? Leave us a comment below! 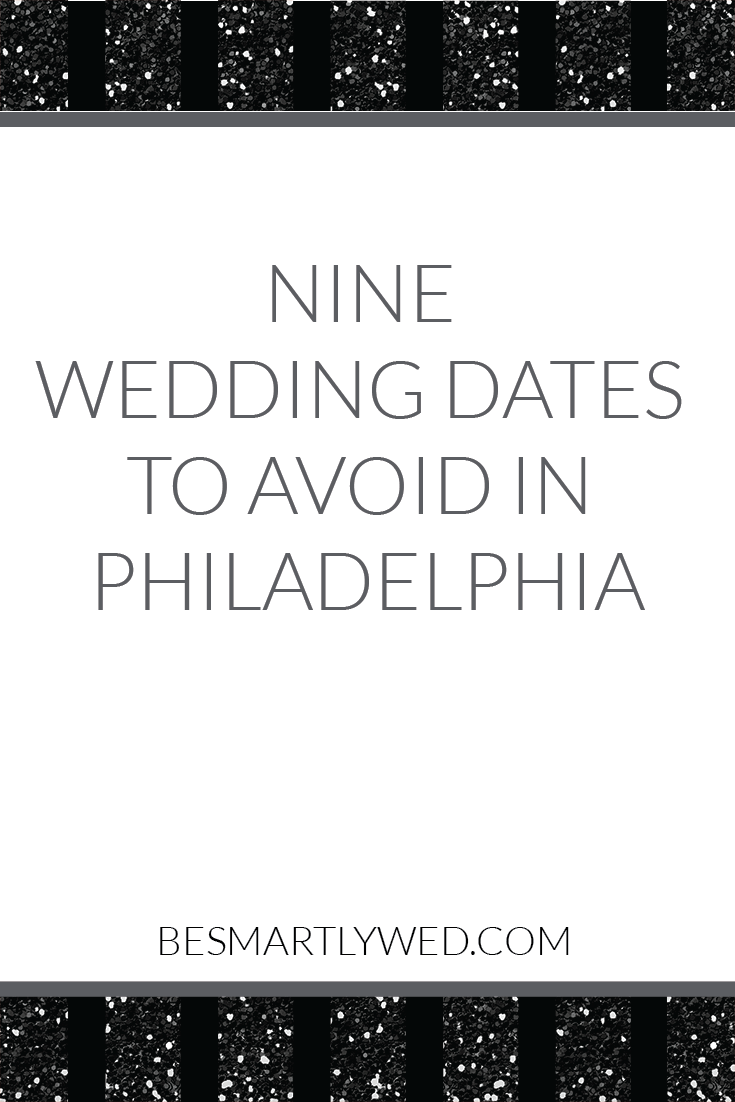 Previous Post: « Keeping your wedding guests cool when the weather is hot
Next Post: Inspiration board: Mixed metallics for the Olympics »